The power of the mantra is amazing.

Mantras are typically in Gurmukhi, a sacred Indian language, and occasionally, in English. These mantras contain the vibrations of peace, prosperity, connection, and many other qualities and are understood by their impact, even if the meaning of each word is not known. Pronunciation comes with repetition and by example. Many mantras are available to listen to on the KYTT website. Understanding the meaning of the words adds another layer of effectiveness to chanting.

Below are some of the mantras used in Kundalini Yoga. There are many more.

I bow to the Creative Wisdom, I bow to the Divine Teacher within.
This mantra is used for "tuning in" to the divine flow and self-knowledge within each of us and linking us to Aneg Singh and the Golden Chain of teachers. It is chanted at least three times at the start of each Kundalini Yoga class.

Sat Nam
Truth is my identity.

This mantra reinforces the divine consciousness in everyone. It is used as a greeting as well as the mantra for Kundalini Yoga exercises, inhaling Sat (truth), exhaling Nam (name, identity).

This mantra invokes the fourth Sikh Guru, Guru Ram Das, known for his humility and grace. It is a mantra of humility, relaxation, self-healing, and emotional relief.

Wahe Guru
Wow! The divine inner teacher, the dispeller of darkness is beyond description!

This mantra expresses the indescribable experience of going from darkness to light. It is a mantra of infinite ecstasy.

This mantra (also known as the Mangala Charan Mantra) clears the clouds of doubt and opens us to guidance and protection.

This mantra is for self-esteem and confidence.

This mantra stimulates the kundalini energy for healing and activates the neutral mind.

Adversity melts before this mantra. This mantra takes away negativity from within oneself awakening the Infinite Creative energy to burn away obstacles to achieving higher consciousness.

This mantra stops anything negative and removes all obstacles. It brings great intuition.

This is the mantra for miracles where the impossible becomes possible.

Develops creativity and the ability to focus on your priorities and sacrifice what is needed to accomplish them.

It fixes the mind to prosperity and gives the power to break down barriers of the past. It converts fear to determination and invokes guidance.

So a mantra is not something that you utter. It is something that you strive to become because unless you become the key, existence will not open up for you. Becoming the mantra means you are becoming the key. Only if you are the key can you open the lock? Otherwise, someone else has to open it for you and you have to listen to him. Mantras could be an extremely good preparatory step. Just one mantra can do such tremendous things to people. They can be an effective force in creating something but only if they come from that kind of a source where there is a complete understanding of all that is sound. When we say "all that is sound," we are talking about the creation itself. If a mantra comes from that kind of source, with that level of understanding and when the transmission is pure, then mantras can be an effective force.

There are different types of mantras. Every mantra activates a particular kind of energy in a different part of the body. Without that necessary awareness, just repeating the sound only brings dullness to the mind. Any repetition of the sound always makes your mind dull. But when it is done with proper awareness, with an exact understanding of what it is, a mantra could be a very powerful means. As a science, it is a very powerful dimension, but if it is imparted without the necessary basis and without creating the necessary situations, it can cause lots of damage because this is a subjective science. We know of people who have caused damage to themselves by the improper utterance of something as common as the Gayatri mantra

Mantra and Sanskrit - What's the Relationship?

Mantras always come from a Sanskrit basis, and the basic aspects of the Sanskrit language are so sound sensitive.        But when different people speak, each one says it in their own way. If the Bengalis say a mantra, they will say it in their own way. If the Tamil people say it, they say it in another way. If the Americans say it, they will say it in a completely different way. Like this, different people who speak different languages, according to what language they have been used to, tend to distort various mantras, unless real training is imparted. Such training is too exhaustive and people do not have that kind of patience or dedication nowadays because it needs an enormous amount of time and involvement.

Nada Yoga - The Link Between Sound and Form

The Sanskrit language is a device, not necessarily a medium of communication. Most of the other languages were made up because we had to refer to something. Initially, they started with just a handful of words and then multiplied them into complex forms. But Sanskrit is a discovered language because today we know that if you feed any sound into an oscilloscope, every sound has a form attached to it. Similarly, every form has a sound attached to it. Every form in the existence is reverberating in a certain way and creates a certain sound.

When you utter a sound, a form is being created. There is a whole science of using sounds in a particular way so that it creates the right kind of form. We can create powerful forms by uttering sounds in certain arrangements. This is known as the Nada Yoga, the yoga of sound. If you have mastery over the sound you also have mastery over the form that is attached to it. 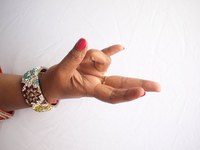 Be the first to read what's new!

We use cookies to enable the proper functioning and security of our website, and to offer you the best possible user experience.

You can customize your cookie preferences here. Enable or disable the following categories and save your selection.

The essential cookies are essential for the safe and correct operation of our website and the registration process.
Functional cookies remember your preferences for our website and enable its customization.
Performance cookies monitor the performance of our website.
Marketing cookies allow us to measure and analyze the performance of our website.
Buy online Kundalini yoga Teacher Training Courses for complete Teacher Training with writhing your own Mantra Mantra Kundalini Yoga https://www.kundaliniyogaonlinestudy.com/en/mantras/ Online Kundalini Yoga Teaching Courses the orginal only available by ROSS Worldwide Yoga institute